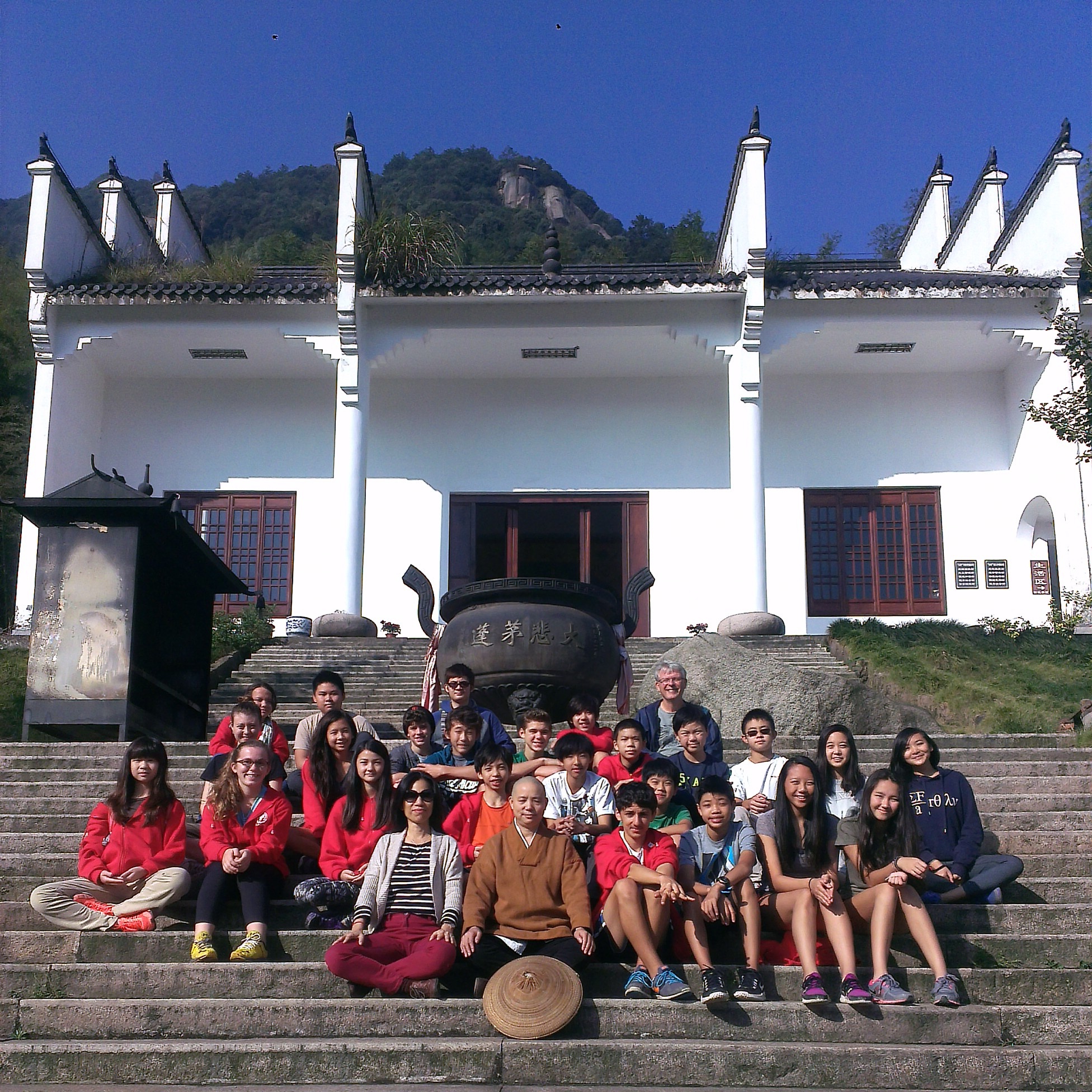 Hong Kong International School made their first foray with The Hutong to rural Anhui, spending a week amidst the picturesque ridges of Jiuhua Mountain and along the shores of the idyllic Taiping Lake. Over the course of the week, our budding researchers examined the environmental and societal challenges facing life in the region. Hitting the ground running from the moment they stepped off the plane in Hefei, not a moment was wasted on what was to be an unforgettable week in Southern Anhui.

After a long travel day from Hong Kong, the HKIS students were ready to jump right into the program and teamed up with volunteers from Green Anhui, a local environmental NGO dedicated to improving the water pollution situation across the province. Working along a tributary in Hefei’s Chaohu Lake watershed, students learned how to measure pH, turbidity, total phosphorus, and other important indicators of aquatic health. The data collected here was entered into the World Water Project database, building onto work done by previous Hutong Education visits with Green Anhui to this same site and helping Green Anhui measure how the water had changed over the past year. 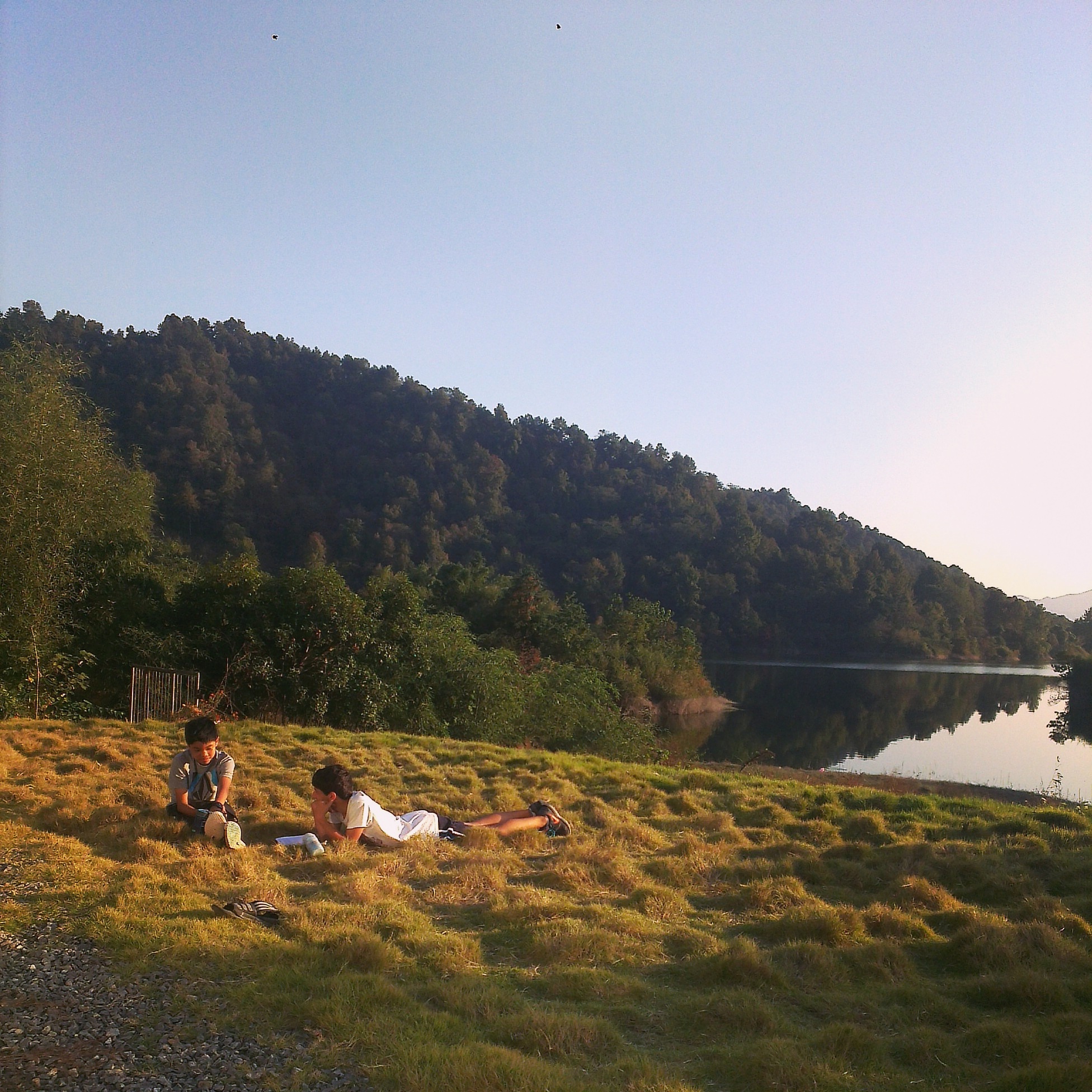 The next morning we rose early and hopped on our bus heading south, watching the terrain suddenly change from plains to peaks upon crossing the majestic Yangtze River. We arrived at our home in the picturesque Dabeilou monastery on Jiuhua Mountain in the early afternoon and began to immerse ourselves in the daily life of the mountain. Students explored the grounds and became enamored with the diversity of plant and insect life all around them. Initially, the quietness of the monastery was a major challenge facing the students as life in Hong Kong is fast-paced and boisterous. Those first couple of hours at the monastery were a rowdy affair, but after our evening meditation session with the abbot-in-residence at the temple, the HKIS students began to settle into life at the monastery.

HKIS rose early the next morning and embarked on a trek up the majestic Jiuhua Mountain. Approaching the peak from the less travelled back route, students overcame the physical and mental toil of the hike to conquer the mountain together. The busy, touristy front side of the mountain served as stark contrast to our peaceful hike up and gave the students a chance to survey the tourists and pilgrims making their way to the top of one of China’s four important Buddhist peaks. The impact and the consequences of tourism on the mountain made for great discussion as the group traversed their way down the slopes and all the way back to the monastery. 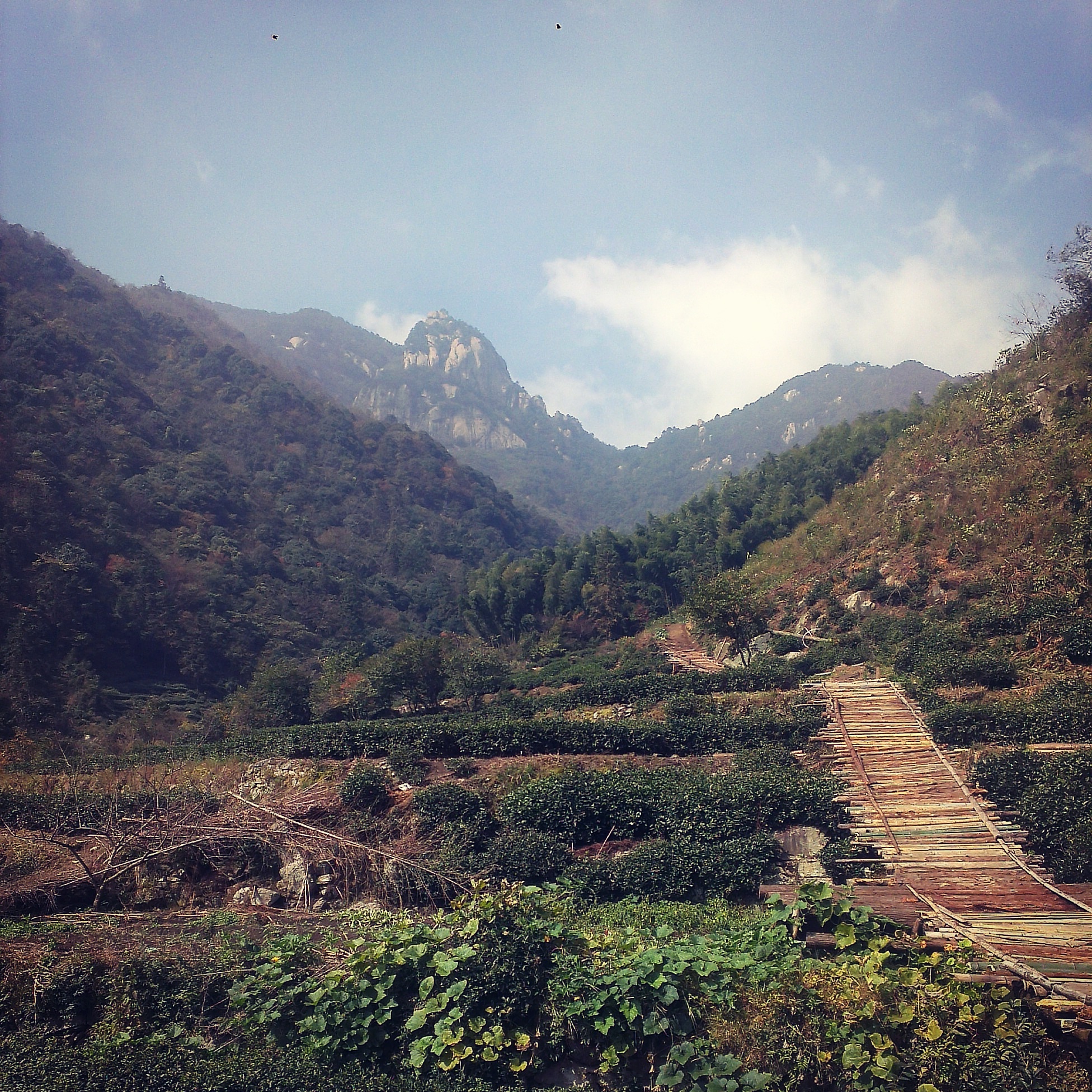 The next day students explored the immediate area around the monastery on a series of water walks, learning about the water system that brings the fresh spring water down from the mountains as well as the filtration system that churns out the cleanest water in all of China! Afterwards, students headed out into the tea fields surrounding the monastery to help pick the local organic green tea and learn about the history of tea cultivation in the area. Under the tutelage of our local tea expert, students helped with the next step of the tea production processing, roasting the tea in the manner it’s been done for generations. A dumpling feast capped off our final night at Dabeilou and we prepared to head off for the tranquil shores of Taiping Lake early the next morning.

Switching venues and landscapes energized the students as they took to the water, venturing across Taiping Lake by boat to visit villages on the other side to conduct interviews with locals and learn more about rural life. Students learned that their lakeside promontory wasn’t always the case as the lake was actually artificially created in 1970 when a dam was build on the Shuxi River, flooding the valley and forcing all of the inhabitants to relocate to higher ground. Meeting these families was all the more meaningful in an art activity afterward as the students made mosaic art using pottery shards recovered from the lake, remnants of the village now submerged underwater. A celebratory lakeside BBQ dinner helped the HKIS crew top off their final night in Anhui and get ready for the journey, both in time and space, back to Hong Kong the next day. 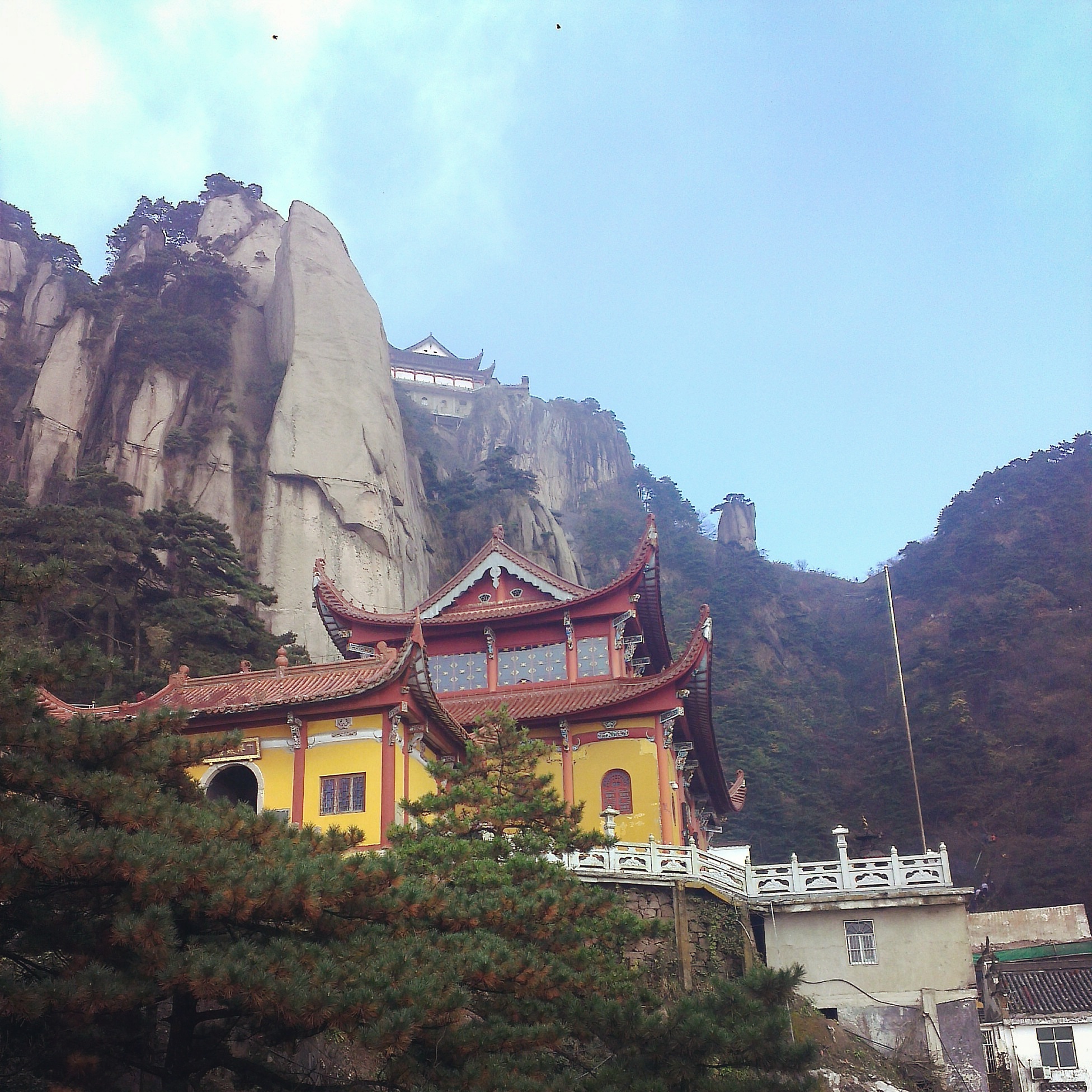