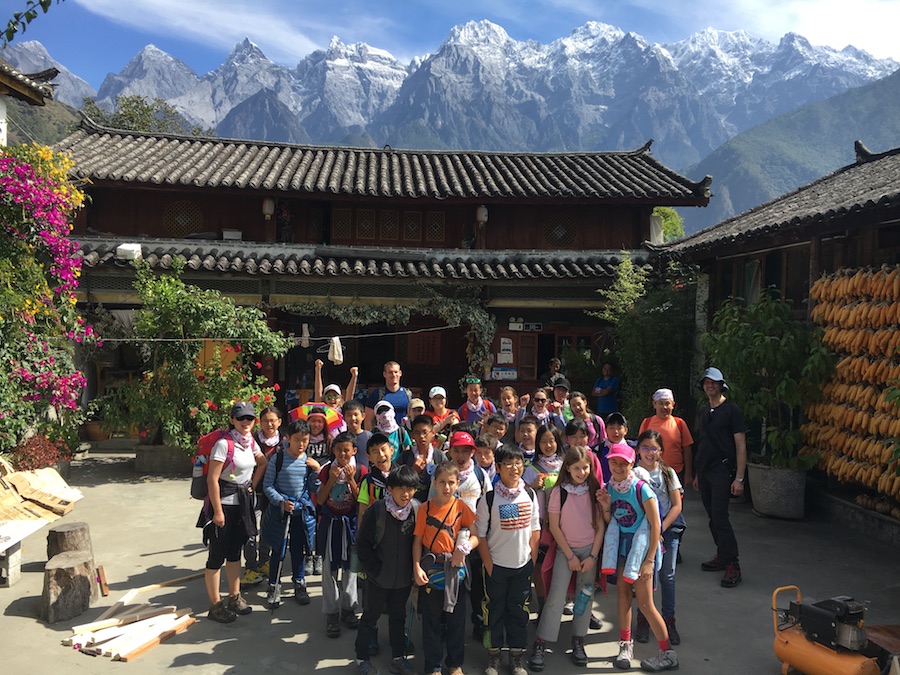 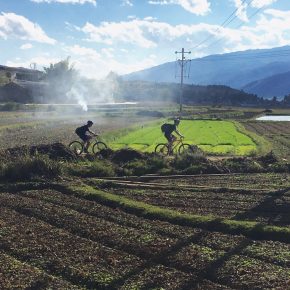 In the fall of 2016, the intrepid souls of The Hutong, along with a group of young upstarts decided the time was ripe for conquering the fertile lands of Northern Yunnan. It was a bold move as no one had dared take an army so young and green, into the badlands of the Tea Horse Caravan Trail. The journey left an impact on the lives of those involved.

To name but a few that come to mind and their story:

A Science Teacher, who turned a hiking path into a triage station for soldiers with mosquito bites and nose bleeds.

A PE teacher, whose passion for Bon Jovi would help motivate the young cubs when their boots began to hurt.

A former teacher, and amateur filmmaker, whose crummy cellphone camera would capture some of the conquest’s blurriest, most poorly framed moments.

A quiet Chinese student, who went on to inspire tens of students to take up chopsticks and press on, most likely to ensure he earned some sweets at our next break. 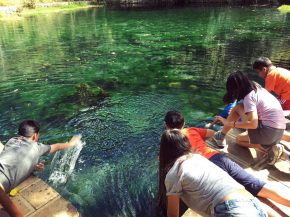 A new kid in town, who turned an unfortunate encounter with a winding road into a chance to practice heaving projectiles out of our chariot (a powerful weapon that was, fortunately, never needed to be deployed again).

One student would later say of the journey: “It was awesome! Others may not get it, to which I say… You weren’t there. When an opportunity arises to hike and bike in a new land, it must be taken!”

Reflecting on the conquest, it is important to remember those most illustrious times:

Befriending Uncle Wu and learning how to build baskets woven of bamboo and other resources available in the wild.

Using state of the art technology, such as bicycle riding, to do recon of the Shaxi Valley and discover the secret azure dragon pools. 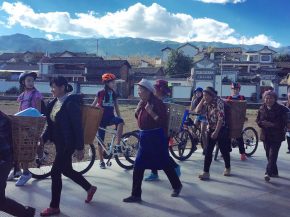 Decoding Dongba writing, the last true pictographic language, still in use in the lands of Northern Yunnan.

Being taught the ever-important skills of peeling tomatoes and cutting tofu, in order to provide nutritious grub for our young warriors.

Recording important anthropological evidence about the Tea and Horse Caravan by speaking with both Naxi and Bai elders, as well as investigating the caravan’s ancient trade outposts of Baisha, Shuhe, and Shaxi old towns.

Traversing the perilously deep Tiger Leaping Gorge on foot without any causalities (except for a few nose bleeds).

Learning the ancient art of Naxi embroidery, a necessary skill for any warrior.

Dancing with local Bai people in traditional dress inside a beautiful old temple.

Conversing with a 94 year old medicine man, whose knowledge of the local plants helped keep our young soldiers upright. 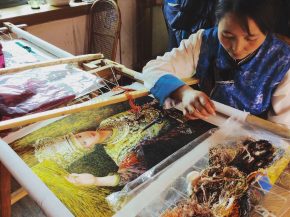 These are but a few of the important memories that are forever sketched in the annals of history- for it was the great gladiator Russell Crowe who said, “What we do in life, echoes in eternity.” To ensure the young lions’ legacy lives on, our masters have compiled several electronic scrolls together as well as some barbarous music from the west to help tell the story. 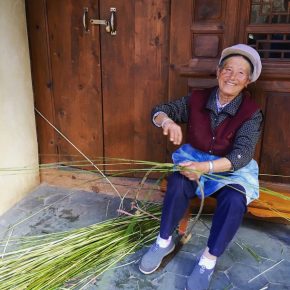 The conquering of Northern Yunnan was but the first step, and looking ahead we envision many more journeys along the Tea and Horse Caravan Trail in order to ensure that the wilds remain pacified. So please, stay tuned or come join us, for the chance to hike and bike through the mountainous landscapes “south of the clouds” and meet the remarkable people of Northern Yunnan.