20 minutes walking distance from Emperor Yongzheng’s tomb in the Western Tombs is the small village of Fenghuang Tai (“Phoenix Platform”) Village. The air has an atmosphere of calm and serenity, clear and crisp yet heavy with the weight of peace that comes with death at rest in the proper place.

I stay at Phoenix Platform village in the home of the former mayor and current head of finance, Mr. Guan.  A spry 60 years of age, Mr. Guan greets me with his hearty Manchurian handshake.  His residence is full with a boisterous gathering.  A local couple is celebrating their baby’s 100th day of life.  The dining rooms are filled with smoke, the smell of cured meats, and laughter.  Still, Mr. Guan is very gracious with his time, preparing a special Manchurian lunch of braised ribs, sausages, and local vegetables, all washed down with the local wild jujube juice.  The small fruits are ripe and in season everywhere, feeding off the abundant soil.  I try three different kinds and highly recommend the Langya shan or “Wolf’s Tooth Mountain” version.

Mr. Guan walks me to the nearby tomb explaining some of the local village’s history to me. The village’s existence is based on its proximity to the tombs.  All of the villagers are of Manchu ethnicity. Ever since The Yongzheng Emperor began constructing his final resting place it has been their job to be caretakers and protectors for the surrounding tombs.  Sometimes this job would be an honor. Sometimes it was a punishment.  According to Mr. Guan, it all depended upon which emperor was in charge at the time.

At the end of the Qing Dynasty, the villagers were at a loss of what to do.

An uncertain future lay ahead of them due to the end of the dynastic era.  In time, they began to use their specialized trades and artisan skills of imperial design and upkeep to make a living.  It was only recently, in 2006, that tourism has taken root here.

There are about 500 people in the village itself, and its homes are set up in a tight grid formation.  As we walk to the tombs through fields of crops, we encounter local residents and guides, all of whom know Mr. Guan.  He greets each with his hearty Manchurian handshake.  When we enter the tomb, we go to its highest point near the burial mound.

“I remember as a kid, we used to come here in the summers because it was so cool.  It’s always cool here in this part of the tomb.  Not sure why.  We’d just play games nearby, and then come here to rest in the shade.  Nice breeze…”

His gaze looks down upon the pines below.

We walk around the burial mound covered with ancient pines, constructed by a workforce of mute laborers.  He reaches out and touches one of the pillars in the Hall of Eminent Favor.  He knows this area as if it were his own home.  I can envision him as a child, in the early years of the PRC, doing the same thing: playing around tombs overgrown with grass and weeds and a half-century of neglect.

In the present day, we don’t say very much on the walk back to Phoenix Platform Village.  Bumping into a college student studying ancient architecture, we stop and chat with her for a few minutes as she sketches one of the tomb’s halls.

In the evening Mr. Guan takes me to visit other locals, all of whom he greets with the same hearty handshake.  The village is full of artisans and those who excel in their field.  We meet an architect who designs courtyard residences.  Then there is Mr. Tian who is one of the leading experts in architectural painting and upkeep.  He invites us into his home, cigarette in hand, drill sergeant’s haircut on his head.  I ask what his wife’s hobby is.

“She plays the butcher’s knife…that’s about it,” he says with a thick Northern voice booming through his art studio.  Pulling out another cigarette, he rubs his side, still recovering from a recent kidney operation.

We sit for a few minutes with the healing artist and head back to Mr. Guan’s home. The streets are all aligned, and all we have to do when we leave Mr. Tian’s home is walk out his door, and then walk into Mr. Guan’s back door.  Neighbors.  Community.  The world feels small, safe.  The night is quiet.  Mr. Guan gives me one last powerful handshake and I sleep peacefully, like an emperor at rest.

4
Share:
Dutch-Chinese Food with The Cleaver Quarterly
The Hutong Herald 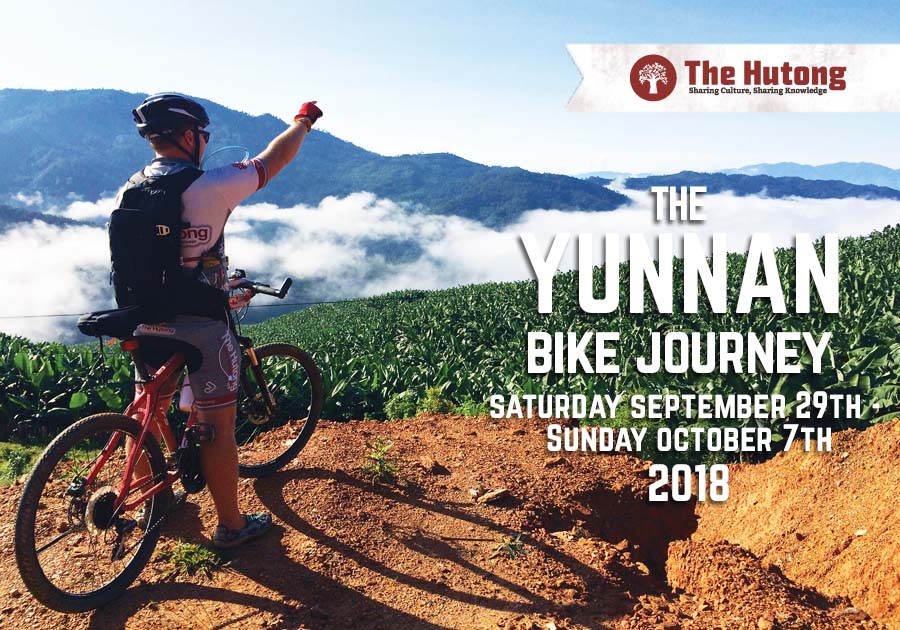