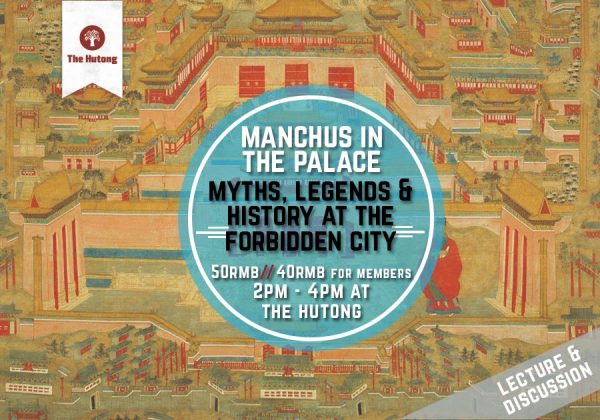 Manchus in the Palace: Myths, Legends, and History at the Forbidden City
A Lecture and Discussion with Jeremiah Jenne

Interested in learning more about the Forbidden City but prefer to avoid the crowds and the lines? History guy Jeremiah Jenne brings the best of his Forbidden City walk and talk to the comfortable confines of The Hutong. Learn about the backstory of Beijing as an imperial capital and the construction of the Forbidden City. We’ll explore the history of the emperors, eunuchs, officials, and concubines who lived and worked there. We’ll discuss the differences between Ming and Qing, the legacy of the Manchus, and the past, present, and future efforts to preserve Beijing’s most famous palace. Jeremiah will also share his favorite travel hacks for visiting the palace!

Jeremiah Jenne is a writer and history teacher based in Beijing since 2002. He has taught Late Imperial and Modern Chinese History for over 11 years and has written extensively on China in a number of publications including The Economist, The Atlantic Monthly, Journal of Asian Studies, Asia Society/China File, Los Angeles Review of Books, Radii China, The Beijinger, and the World of Chinese. His work can be found in the anthologies China in 2008: A Year of Great Significance, The Insider’s Guide to Beijing, and the 2015 collection While We’re Here: China Stories from a Writer’s Colony.