Through visits to the Western Tombs, Jing Ke tower, and the ancient areas of Yixian and Zhuozhou, students will learn about history dating back to Three Kingdoms period, the Qin Dynasty, and the Qing Dynasty.

Students will learn the art of creating their own inkstones, one of the four ancient cultural treasures from China’s long history and local to the area. In addition, participants will have a chance to create murals with local students at a school exchange. 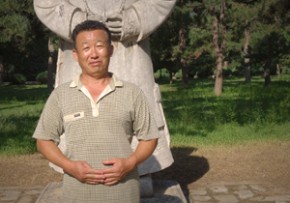 Mr. Guan is the former leader of Phoenix Platform Village, noted for its descendants being caretakers of the Western Qing Tombs.  Now he serves as the chief financial officer and is the organizer for our village homestays.  He is a Manchurian who grew up in this village and spent his childhood playing in the shadow of the Yongzheng Emperor’s final resting place.