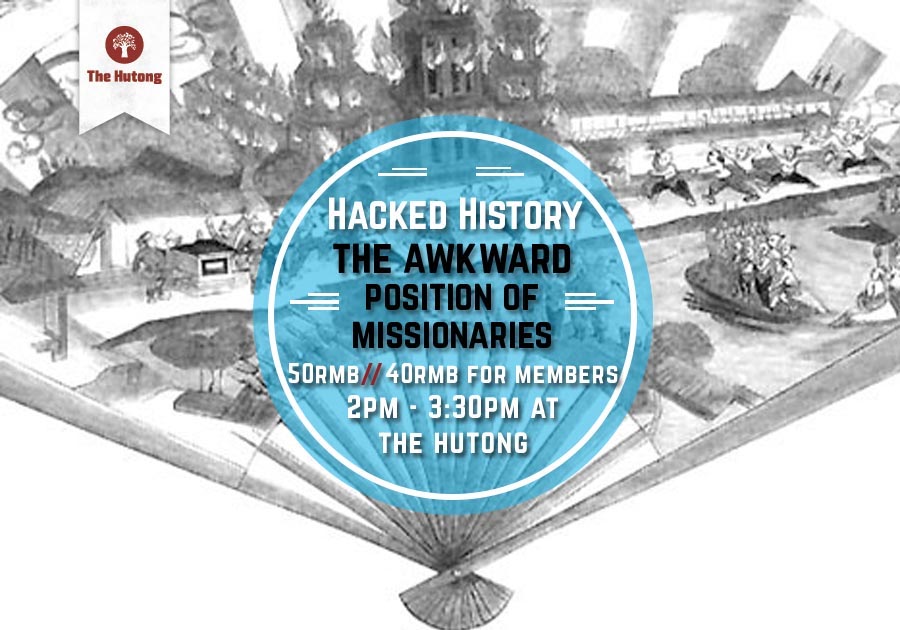 Hacked History: The Awkward Position of Missionaries in Chinese History
Talk and Discussion

In 1870, tales of kidnapping and sorcery swirled around the city of Tianjin. The local magistrate wants to investigate the charges of witchcraft being made against a group of Catholic nuns. The French consul insists the missionaries are protected from prosecution by treaties signed with the Chinese government. In the middle is a hapless Manchu official unable to keep the peace. On June 21, 1870, the city of Tianjin exploded into a day of rage and violence which shocked the world and revealed the perilous position of missionaries in 19th century China.

Join writer, historian, and storyteller Jeremiah Jenne for this talk and discussion about the role missionaries played in Chinese history.

Jeremiah Jenne is a writer and history teacher based in Beijing since 2002. He has taught Late Imperial and Modern Chinese History for over 12 years and has written extensively on China for a number of publications including The Economist, The Atlantic Monthly, South China Morning Post, Journal of Asian Studies, Asia Society/China File, Los Angeles Review of Books, Radii China, The Beijinger, and the World of Chinese. His work can be found in the anthologies China in 2008: A Year of Great Significance, The Insider’s Guide to Beijing, and the 2015 collection While We’re Here: China Stories from a Writer’s Colony. He is frequently asked to speak or lead workshops on Chinese history, culture, and cultural adaptation to schools, organizations, and company groups from around the world and is the proprietor of Beijing by Foot, which organizes educational programs and historic walking tours of Beijing’s most famous sites and hidden by-ways. You can follow him on Twitter @jeremiahjenne or online at jeremiahjenne.com.