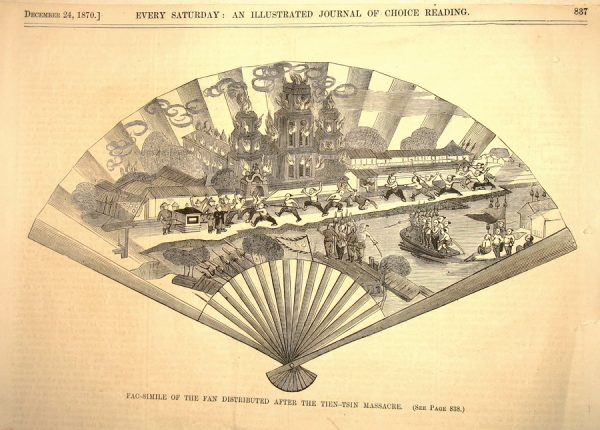 You’re invited to join history teacher and The Hutong’s history guy Jeremiah Jenne for a special online talk about missionaries, medicine, witchcraft, and the Tianjin Massacre of 1870. We’ll be using zoom and all registrants will be sent the meeting information and link by email before the meeting.

In 1870, tales of kidnapping and sorcery swirled around the city of Tianjin. The local magistrate wants to investigate the charges of witchcraft being made against a group of Catholic nuns. The French consul insists the missionaries are protected from prosecution by treaties signed with the Chinese government. In the middle is a hapless Manchu official unable to keep the peace. On June 21, 1870, the city of Tianjin exploded into a day of rage and violence which shocked the world and revealed the perilous position of missionaries in 19th century China.