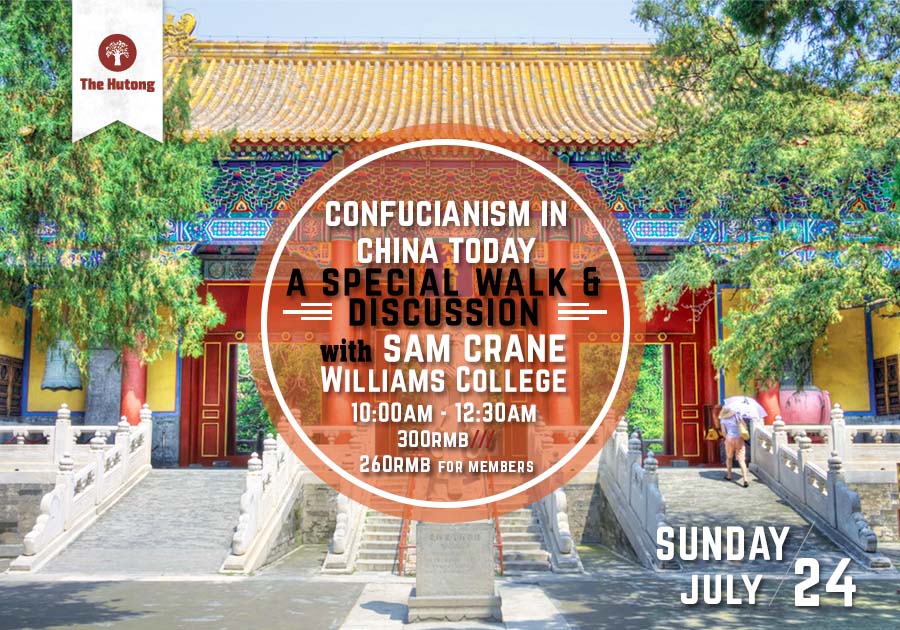 Confucianism in China Today: A Special Walk and Discussion at the Confucian Temple and Imperial Academy

Professor Sam Crane, author of Life, Liberty, and the Pursuit of Dao: Ancient Chinese Thought in Modern American Life and the founder of the popular Chinese philosophy blog The Useless Tree joins Jeremiah Jenne for a special walk and discussion at the Confucian Temple and Imperial Academy. As W. Van Alan Clark ’41 Third Century Professor in the Social Sciences at Williams College in the United States, Sam has written and taught extensively about ancient Chinese philosophy and its application to modern life in China and around the world.

We will look at the history of Confucianism, why it became the dominant ideology in imperial life, and the role it played in Chinese history. We will then delve into the thorny questions of whether the thought of a philosopher from the 5th century BCE still has relevance in today’s China. How has Confucianism been used by the state? Is Chinese society really Confucian? What is the future of Confucianism in a globalized world?

We’ll discuss these questions and more as we stroll around Beijing’s historic Confucian Temple and Imperial Academy.

Spaces for this walk are limited and registration is required. Details about the walk including meeting points and payment information will be sent by email as part of your registration confirmation.

Sam Crane is a professor of political science at Williams College in Massachusetts, where he teaches courses on Chinese politics, East Asian international relations, and ancient Chinese philosophy.  His most recent book – Life, Liberty, and the Pursuit of Dao: Ancient Chinese Thought in Modern American Life (Wiley, 2013) – uses insights from pre-Qin Confucian and Daoist texts to reflect upon contemporary US social and ethical issues, such as: abortion, gay marriage, and end of life issues.  He is also the intellectual force behind the popular Chinese philosophy website Useless Tree, on which Sam provides commentary and analysis on ancient Chinese thought and contemporary events.