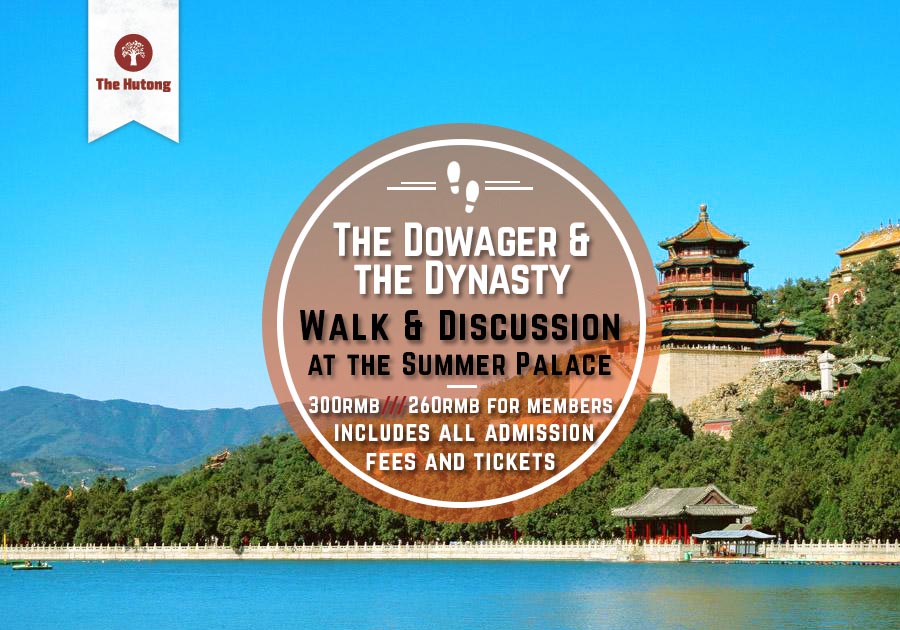 The Dowager and the Dynasty: A Walk and Discussion at the Summer Palace

But the real story of the Empress  Dowager  Cixi — and the Summer Palace she built — is more complicated.

As we stroll along the lakeshores and hillsides of her magnificent creation, we will discuss the life and legacy of this fascinating historical figure. We’ll consider the reasons behind her scandalous reputation as we look at the final years of the Qing Dynasty, the last empire to rule China.

Spaces for this walk are limited and registration is required. Details about the walk including meeting points and payment information will be sent in your reservation confirmation.